Let the critters remove themselves with this system.  SP35 is perfect for smaller critters such as flying squirrels and red squirrels.  It's extremely simple to use and very effective.

This kit has a 3 x 3" opening and is designed to be tacked up over 3" wide or smaller openings. 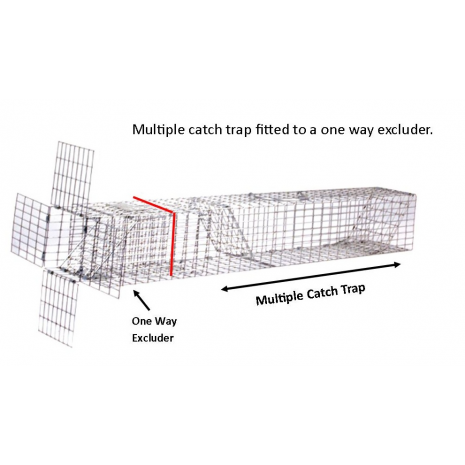