Model 451 is our repeating iguana trap designed to catch and hold multiple iguanas at one time. This trap also works on lizards of all kinds but is especially effective on iguanas.

This trap also features a rear release door to allow for easy baiting of the trap and the release of captured lizards.

Hang bright red flowers or fake flowers in the trap to attract iguana into the trap. 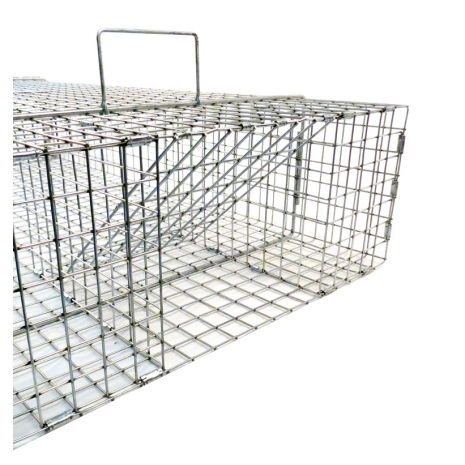 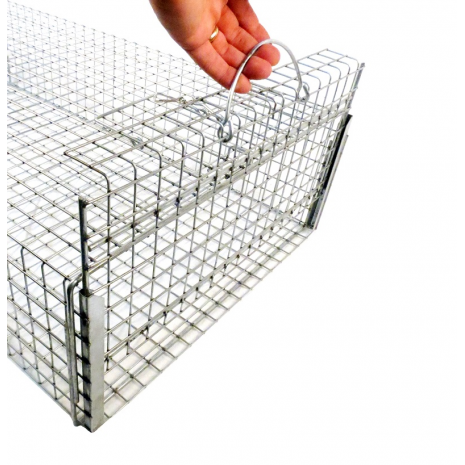 Only took a couple days after I received it to catch an iguana, so yay. - Deb

No luck with this small trap

The trap seems to be well-made with good materials. Unfortunately, it is much smaller than expected! It may eventually catch a baby Iguana but they have a problem finding the entrance flap recessed into one end of the trap.
They like mangos but none have figured out how to get in.
So far, no luck! - Anonymous